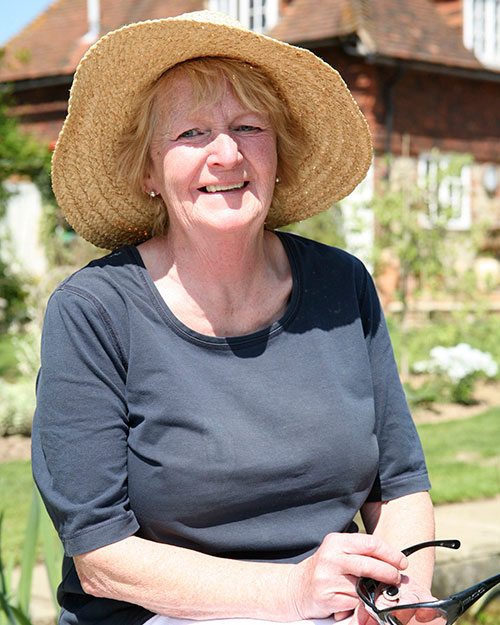 Jacquie originally trained as an illustrator at St. Martin's School of Art, and worked in many areas including architectural perspectives, book illustrations, and cartoons. In the autumn of 2000, just for fun, she created an animated Christmas card -- the "Christmas Cottage" ecard which is still available here – and emailed it to a few friends. Over the subsequent weeks she was amazed to receive emails from hundreds of people all over the world asking for more of the same.

The following Christmas Jacquie created another animated card, "The Snowdog", and her nephew, Mike Hughes-Chamberlain, made both cards available for download from a rudimentary website. (This was long before YouTube!) The site could barely cope with the demand, and Jacquie and Mike realised that there might be a market for an ecards service featuring Jacquie's work. After a few weeks of frantic programming, jacquielawson.com was launched on 10th February 2002 – with just five ecards.

Fast forward twenty years, and Jacquie has now retired – but still keeps a watchful eye over us all to make sure we keep to her high standards! 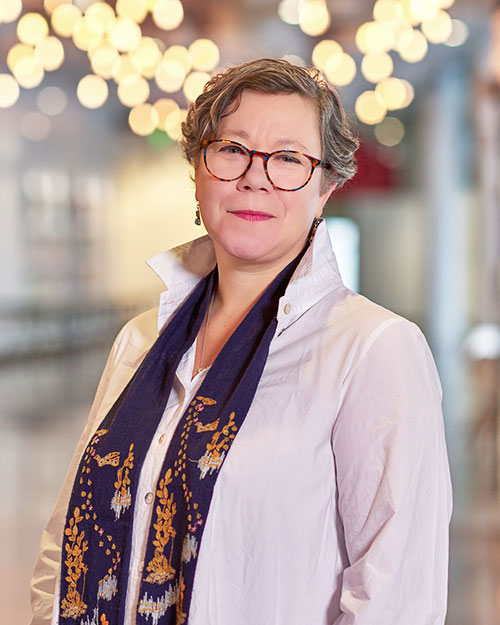 Maren grew up in a very creative environment: her family includes calligraphers, musicians, printmakers and photographers, so it was no surprise that she developed a keen interest in visual arts and even at a young age, won awards for her artwork. Music also featured strongly in her early life: she studied the violin and piano, played in local and regional orchestras, and later toured some of the finest concert halls in Europe with her college orchestra.

Maren graduated from St. Olaf College in Minnesota with a fine art major in painting, and went on to take a degree in graphic design in Boston. After spending years working in art and design, tackling every project that came her way, Maren was thrilled to be asked to join the Jacquie Lawson team.

Working from home like the rest of us, Maren has discovered that her two cats, Mushu and Miso have definite opinions on matters of taste which they are keen to share in online meetings. In addition, the forty-two (at the last count) residents of her koi pond are excellent advisors on time-keeping. 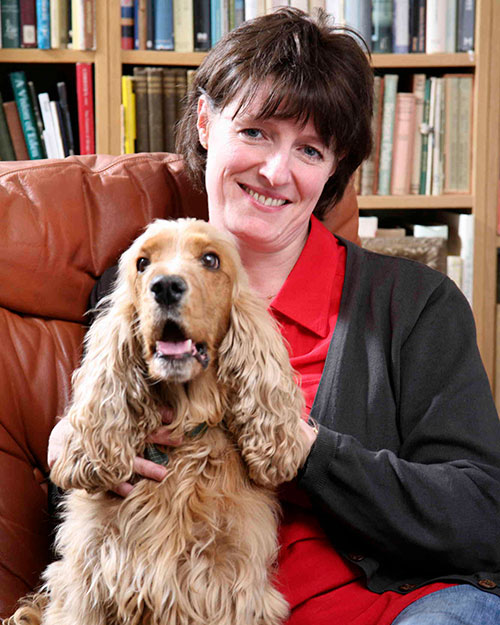 After a few years of making all the cards for jacquielawson.com single-handedly, Jacquie realised that there was no way she could keep up with the demand, and decided to find someone else who could help out. She had to look no further than her niece Sally Lisney, who at the time was a professional violinist and violin teacher, but who had always loved drawing and painting in her spare time.

Sally is married to the pianist James Lisney and has two daughters, Joy and Emma. They live in London with Figaro and Twink the Turkish Van cats, and Bertie the Cocker spaniel. The latter three feature regularly in Sally's ecards of course, so you probably feel you know them quite well already! 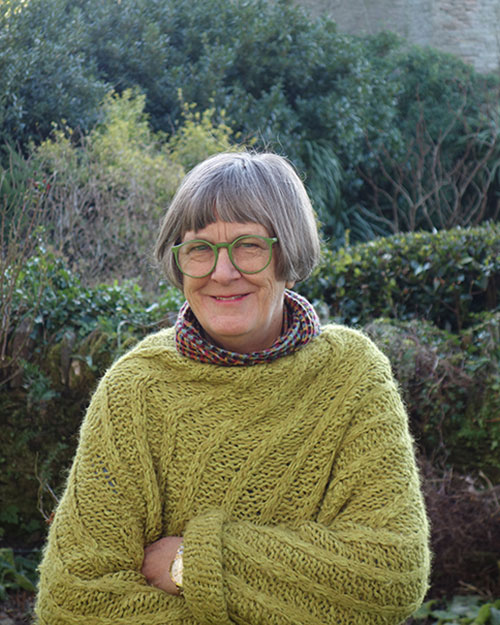 Bev studied Textile Design at Loughborough College of Art where she won a Bursary from the Royal Society of Arts. She worked for many years as a freelance designer of dress and furnishing fabrics, as well as designing for china, cards and wrapping-paper manufacturers. Her designs have been sold all over Europe and the United States, and she once spent a summer painting botanicals for an exhibition run by the Royal Horticultural Society, for which she won a coveted RHS Medal.

In the early days of jacquielawson.com, Bev lived just across the village green from her friend Jacquie, and it was almost inevitable that sooner or later she would be called in to help out with artwork for the ecards. Bev's speciality is her wonderful botanical paintings which she creates using traditional techniques – mainly watercolours and gouache – and then scans into digital format for use in the animations.

Bev has now moved to the south coast of Devon with her husband Charles and her dogs Ralph and Hattie. She is a keen and knowledgeable gardener, and many of the botanical specimens you see in our ecards are grown in her own wonderful garden. 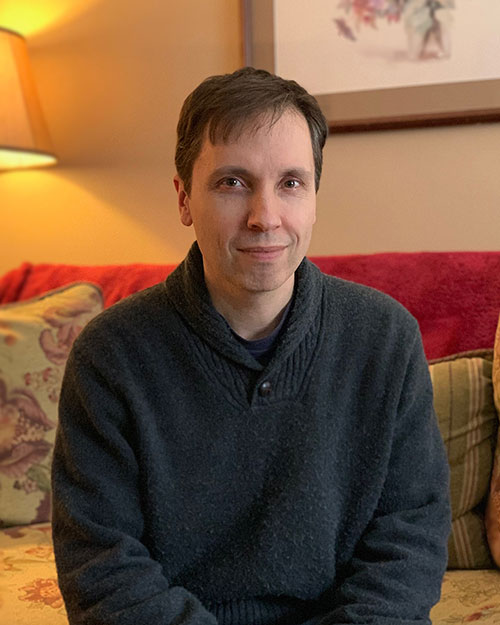 As a child, John spent many hours in front of the TV watching cartoons, with dreams of becoming an animator himself. He started work as a professional artist when he was 17, creating t-shirt designs for a local screen printer. After receiving a Bachelor of Fine Arts degree from Alfred University, he held various jobs as a graphic designer, illustrator and art director, and taught himself to animate by watching cartoons frame by frame on a VCR.

John first came to our attention when working for another ecard company which was (rather cheekily, we thought) making cards featuring a Labrador dog which bore an uncanny resemblance to our very own Chudleigh, and – even more cheekily – was doing it rather well.

John lives in New York State with his wife and children. 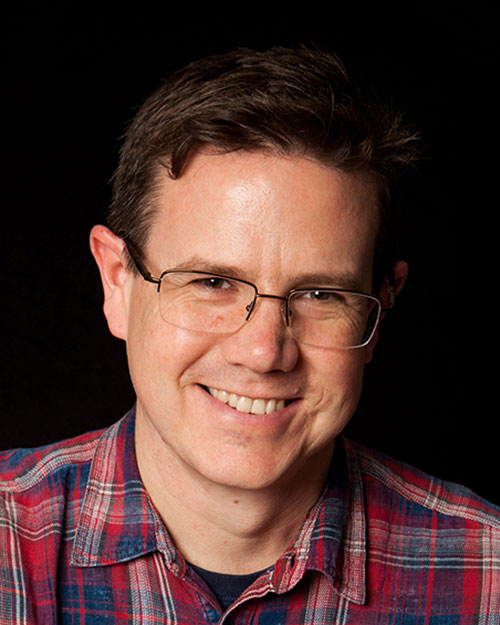 Tom grew up obsessed with reading comic books and painting model figures. He studied Graphic Design and chose to specialise in animation, so he could now bring the drawings and models he loved to life. When he first started work, computers using the Flash animation software were just taking over from stacks of drawings on paper, and soon Tom was doing freelance animation for a whole host of companies.

When we were looking for a new animator to help with the growing demand for new ecards, we happened to spot some of Tom's work online and it immediately appealed: it was full of humour and character, and we were delighted when Tom agreed to join us full-time.

Tom lives in the Wiltshire town of Bradford on Avon with his wife Liz and three young children. 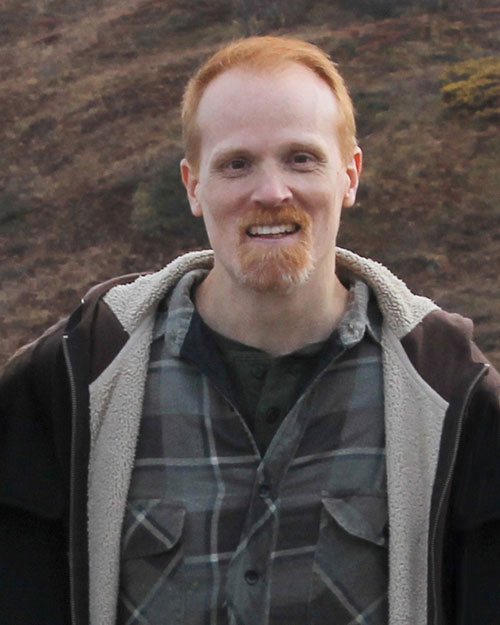 David began his artistic endeavors in Alaska when, at the tender age of three, he decorated the family bathroom with black paint, using the family cat's paws as his brush: his parents were not impressed by the abstract design. The family later moved to the Rocky Mountains of Montana, where David spent his childhood drawing cartoons and caricatures of his teachers, as well as painted landscapes and animals.

He graduated from the Cleveland Institute of Art in 1999 with a Fine Arts degree, and since then he has worked as a professional artist creating everything from decorative duck decoys to murals for businesses to fine art paintings – but mostly in the greeting card industry as an illustrator and animator.

David and his wife Katrina live in Ohio where they raised two girls and a boy – and now have five adorable grandchildren. 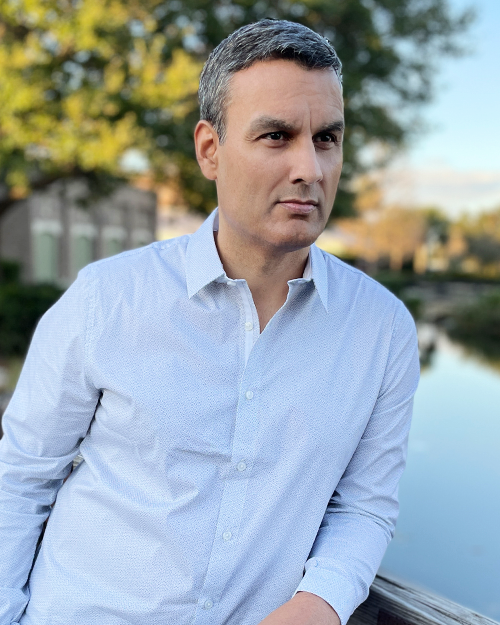 William Sanchez is an experienced graphic artist, animator, and developer. He has a degree in Visual Communication Design and began working in the greeting card industry during his final year of college. Since then, he has had an extensive career working on all types of online and digital content. William attributes his pursuit of a creative career to his childhood enjoyment of animation, toys, and video games.

William started working for us as a freelance artist, handling the design and development of many of our Advent Calendar games, but he's now a full-time member of the team, helping with a wide range of design and animation projects.

William and his wife Shay live in Central Florida with their three children. 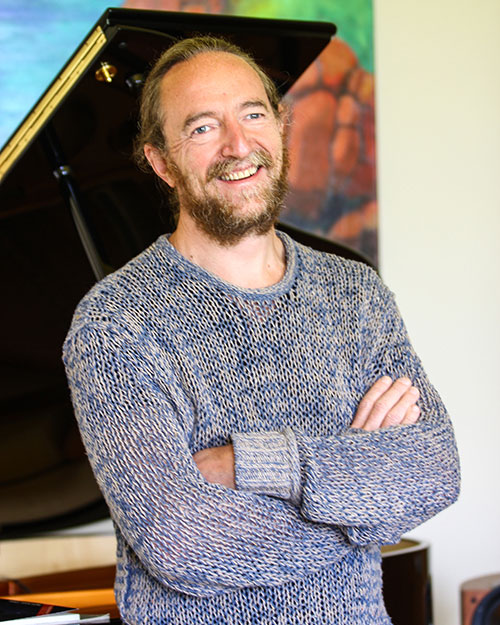 Mike graduated from Oxford University in 1981 with a degree in music, but his fascination with the burgeoning computer industry led him to join a London software house as a programmer. By 2001 Mike was running his own web design company, so he was in the perfect position to team up with his aunt Jacquie and create jacquielawson.com – while his musical background came in handy for the soundtracks.

Nowadays all the technical stuff is handled by our talented team, and Mike is able to concentrate on the music for our ecards and other products. In 2021 he moved to southwest France where his wife Morag competes for his affections with his beloved Bösendorfer piano. You can find out more about his music at www.mikestunes.com where you can also download sheet music and MP3s of a few of the pieces he has written for jacquielawson.com.